This character is the central figure in The Chronicles of the Dark Hand:
a story set across both Moon Guard-US and Wyrmrest Accord-US.

Arrodis Lightfury, better known as the utterly unforgiving "Dark Hand of the State", is an ominous senior Knight-Lord of the Blood Knight Order whose primary purpose in said role is to act as the supreme enforcer of 'Ministry X': a secret, Magister-run department of the authoritarian Thalassian state which exists to silence all dissidents and eradicate all Void Elves, among other things.

Relationship with the Light

Unlike the majority within the present Blood Knight Order and greater Blood Elven society, Arrodis vehemently believes that the Light is completely non-sentient and utterly amoral. In other words, he believes that his chosen form of power is just another type of magic, and thus shouldn't be deified or considered to be inherently good or evil.

Due to this privately-held belief, Arrodis ultimately sees the act of worshiping and communing with the Light as both severely delusional and dangerous to his culture's traditionally fearless and uninhibited attitude towards magic and its mastery. To Arrodis, the ever-growing majority within his society who view and praise the Light as a deity-esq force are dangerous. He sees them as intellectually weak and capricious slaves to primitive falsities and superstitions, too; and thus worthy only of scorn and manipulation for their stupidity and ignorance.

When manipulating the Light, Arrodis, like all members of the living who use such power, feels an almost intoxicating sense of comfort, peace, and warmth; all emotions that he, in his deeply emotionally crippled state, can't naturally attain anymore. For Arrodis, such granted positive feelings temporarily ease the intensely painful, ever-present memory of his family's slaughter, making the Light somewhat like a drug to him: an immense opiate that briefly covers the destroying emotional toll of great loss. An intense mental dependency -- addiction -- to the Light's emotional fruits has developed in Arrodis, driving him wholly towards always using it to its extremes against foes, making him quite the deadly force to be reckoned with.

For Arrodis, he draws upon the Light's strength through his abnormally strong connection to the Sunwell. Nowhere else. Faith, however, still plays a vital role in his personal Light-wielding process; just not faith in any concept of the Light's mindfulness and divinity. An intense faith in the righteousness of his cause strongly supplements the speed at which Arrodis can both draw upon the Sunwell's Light, and shape it to his often devastating will.

In his role as a Knight-Lord of the Blood Knight Order, the officialdom of the Thalassian state, in particular, the Magisters of Ministry X, have tasked Arrodis with being their primary individual enforcer of will; particularly when it comes to their darker, more nefarious endeavors. Due to this use, Arrodis is naturally awarded more than just wealth and status within the kingdom; he's also granted a respectable degree of political protection and autonomy within the thalassian military structure and beyond. This power makes Arrodis a unique figure among the ranks of the Blood Elves ruling class, particularly within the thalassian military. Officially, Arrodis, as a Blood Knight Knight-Lord, is technically subject to Thalassian military and state rule; practically, however, he's barely beholden to it; Instead, he's beholden mostly to Ministry X. 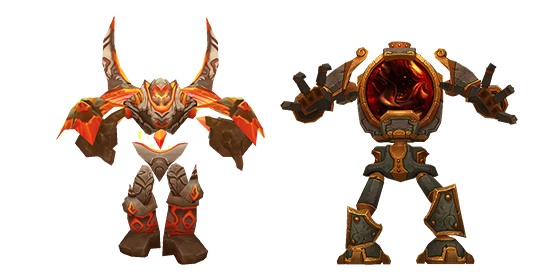 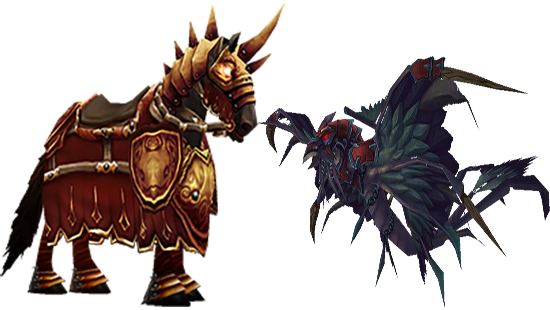 Constructed mere months after the advent of the Blood Elves rise in Year 20, Arrodis' current home sits towards the pinnacle of one of Silvermoon City's many beautiful buildings. Accessed via a hidden Orb of Translocation in the Eversong Woods, and guarded internally by two state-of-the-art Arcane Golems, the premises is well protected, offering its wealthy and hated owner the appropriate peace of mind required to rest comfortably within its walls.

The apartment holds stunning views of the forest to the south, and its interior is large, open and plainly bedecked. Countless assortments of books on the Light and war, official thalassain government documents of high priority, tactical maps, weapons and enigmatic magical artifacts comprise the bulk of the property's contents. Long Sin'dorei standards adorn each wall of the massive single hall that is the dwelling, and the lighting within is often poor due to but one central brazier being charged with the emission of the entire inside's illumination. Save for the inclusion of multiple training dummies on the apartment's balcony, little else is of any real importance. An unkempt bed, some big tables and a small food preparation area are all that's left to mention.

Arrodis' home seems more like a small command center than a personal sanctuary of comfort, but this appearance should be of is no surprise from an Elf whose work and personal lives are practically mutually exclusive.

As a result of the devastating effects of the Cataclysm in Year 28, the formerly palatial Xel'kar, the distant island home of the once great House of Thel'shar, now lays in ruin beneath the dark depths of the Great Sea; but its treasures are still accessible.

A secret chamber full of copious amounts of elite family's gold, magical gems and powerful Highborne artifacts sits secure beneath what's left of Arrodis' ancestral home; and only he knows how to enter it. A small teal sphere that's magically bound to the bloodline of Arrodis' first Highborne ancestor, Tyrell Thel'shar I, acts as a key to the family vault, and also grants Arrodis the ability to teleport to and from inside the sunken chamber at will.

The complete bulk of this fortune makes Arrodis much wealthier then most of his Blood Elven kin, however, few know this fact. Arrodis notoriously keeps all things on his private life extremely well-guarded; even those who know him best.

A timeline of both Arrodis' and his biological family's most significant past events is recorded here. WoWpedia's Unofficial Timeline is used in the process of said timeline's creation.

Art by Jorsch
Add a photo to this gallery
Retrieved from "https://moon-guard.fandom.com/wiki/Arrodis_Lightfury?oldid=235061"
Community content is available under CC-BY-SA unless otherwise noted.