The Blasted Lands, formerly the Black Morass, are a landscape devastated by the fel corruption and battles fought during the Orcish Wars. The area was the sight of the initial Iron Horde Invasion of Azeroth which led to severe changes to the region. As of the invasion, the only remaining settlement in the area is Surwich; though both sides maintain coastal makeshift camps towards Shattershore.

Matching the red of the land of Draenor (Outlands), the Blasted Lands is a large region in southeastern Eastern Kingdoms. The Blasted Lands was once known as the swampy Black Morass.

The Kingdom of Stormwind constructed Nethergarde Keep in the nothern reaches of the Blasted Lands with aid from the Magocracy of Dalaran as a ward against the Dark Portal. The keep failed to abate the Iron Horde threat and was summarily destroyed by the invading forces.

Surwich was settled along the southernmost point of the Tainted Scar sometime after the Kingdom of Gilneas rejoined the Alliance. Most of its citizens followed the dream of an idealistic druid, Marl Wormthorn, who believed that the Scar could be healed. He successfully restored most of the scar into the Maldrez Forest, but it came prey to the corruption of the Burning Legion. Surwich survived the Iron Horde invasion and now acts as the last Alliance contact in the region.

Now known as Ork'rilon Hold, Dreadmaul Hold was formerly the orcish settlement of Rockard, one of the first Orcish camps on Azeroth. Established during the First War, Rockard and Stonard acted as the initial staging grounds for invasion. Following the destruction of the Dark Portal, Rockard suffered substantial damage and was abandoned for Stonard to the north. The Dreadmaul Ogres of the region then moved into the abandoned orcish town and made it their own. Following the Cataclysm, the Horde reclaimed the region and rebuilt the town using the Dreadmaul as their slaves. It was lost a final time to the Iron Horde, after several of the Hold's guards defected to the Iron Horde and resulted in a capturing of the base for their invading forces. Though both sides led attacks on the hold, leading to another destruction of its territory, the Horde has made no movements to re-build or reclaim the hold yet again; likely due to the issues with the portal.

More a camp than a settlement, the Sunveil Excursion was a Relinquary encampment that overlooked the Maldraz Forest and the Great Tree, Maldraz. Concerned the Demons that had taken over the forest would cause issue, what with the tree's power, they aided the Gilneans of Surwich inadvertently by helping to take down the corrupted Marl Wormthorn. Though reports are mixed on which side led to the corrupted druid's death, Wormthorn was inevitably slain and the forest purged of demons. The excursion was hastily abandoned after the Iron Horde invasion of Azeroth, the skeleton crew left behind joining the front or evacuating out of the region without packing up their tents. 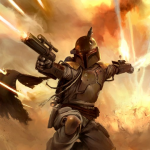 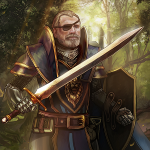 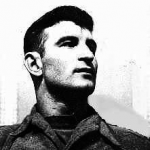 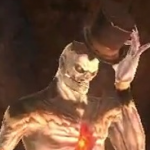