Darrowshire is a small town located in the southern part of what is now the Eastern Plaguelands. During the Third War, Darrowshire came under attack by an Undead Scourge force led by the ghoul lord Horgus the Ravager and the death knight Marduk Blackpool. Though the defenders of Darrowshire made headway at first, the defenders were eventually slaughtered.

Today, Darrowshire is silent, and remains in ruins, a place where only ghosts and memories remain. Those defenders who fell now litter the Eastern Plaguelands as ghouls in the service of the Scourge, their spirits trapped in their rotting corpses. Very rarely in Darrowshire an event can be seen where the Battle of Darrowshire is re-enacted by ghosts and undead. 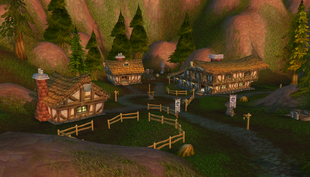 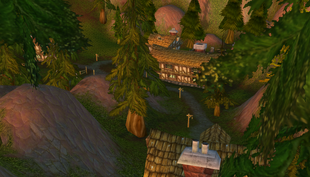 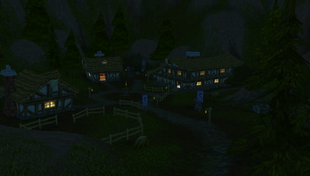