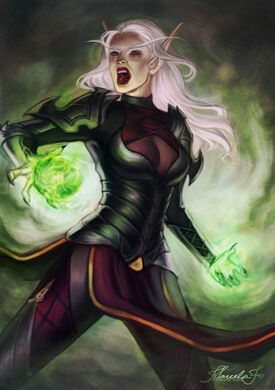 Falcko Arturia was the child of Lady Yanzee Red and Sir Edmund Glyde. The couple, together out of wedlock had Falcko. Sir Edmund shunned his bastard and Lady Yanzee Red was the twelfth daughter of her family. She was disinherited and would die shortly after her daughter’s birth.

Falcko was left in service to a gnomish priest, Lucendious Tick-Tock-Dally. Lucendious, four times divorce, but a priest devout to the holy light attempted to raise Falcko to be an agent for the Clergy. However, as a youth Falcko grew up angry and wild picking fights wherever she could all over Ironforge.

As a teenager, the rebellious warrior eventually ran away from home in order to become a hired bodyguard for Sir Arthur Ghostfeld. Over the years, Falcko would grow up in Arthur’s service doing his bidding and getting into altercations with the Stormwind Guard and various rival mercenaries. Her brutal behavior earned her the nickname the Hound.

The Hound would have her revenge on the warlock, though she was also a notorious liar. She was a terrible guard and had an even worse moral compass that led to her being kicked out of the Stormwind Guard.

She came into the service of Lord Iomhar of Arathor, who would indoctrinate Falcko into the Grand Alliance Vanguard. From there, Falcko made lasting allies, enemies, and friendships over the years to come. From there Falcko would rise through the ranks to Captain, though the Vanguard would be disbanded after the disappearance of Aurion Dawntreader.

After building a name for herself, she would create the Ironcloak Vanguard; a paramilitary of the Alliance. While her forces have travelled all over Azeroth, there was significant activity in the Hillsbrad Foothills. After doing a service to Lady Veratos Lionsblood Falcko was awarded the boon of the ruins of Durnholde Keep.

Durnholde Keep was a contentious sight, though ultimately such titles would be awarded to Tyler Steele. Falcko remains a Countess of the Hillsbrad Foothills. 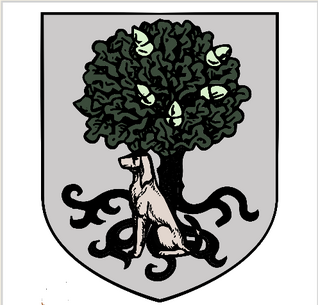 House Glyde was a minor noble house of Stormwind. Before Sir Edmund Glyde, Gregor Glyde (Human) was the head of the house. He had married a Quel'dorei and had three children: Edmund, Percival, and a daughter who was Naza Varyn's mother. Percival was the oldest of the children, however, after his mysterious disappearance Edmund Glyde found himself at the head of the family and expelled Naza Varyn's mother after she ran off and eloped with someone he deemed as a 'barbarian'.

Sir Edmund would pass away due to illness and his only known bastard, Falcko Arturia, became the head of House Glyde. House Glyde's family crest used to be a single white tree (The same emblem of the Ironcloak Vanguard), although this was changed when Falcko assumed head. Since she was cast aside by the Glydes initially she left her mark upon their house: the white tree remains standing, although a silver haired Hound lurks behind the tree. In her spiteful nature, she went as far to change the family's name to Arturia.

Falcko Arturia was declared a bastard of Lord Edmund Glyde. During her rise to power in the Grand Alliance Vanguard and further advancement into politics many began to notice the odd resemblance. Both had matching grey eyes, silver hair, and a ruthless attitude. At first, Glyde was reluctant to admit his relationship to Lady Yanzee Red, though would eventually come forwards and be honest. Falcko Arturia would be written into the will and would succeed Edmund Glyde upon his passing.

Falcko has had two children: Duncan Debron and Amelius Shadowstar. Duncan is alive, though Amelius is deceased.

Falcko Arturia spent a year in the Grand Alliance Vanguard and served under both Ambassador Aurion Dawntreader  and Doctor Thaid. After Aurion's disappearance, Falcko worked her way from private to marshal. It was very unusual for the Hound to stay in one place for a long time. She stayed because of her ex-husband's affiliation and the friends she made in the Vanguard. After disappearing a month after her wedding, the Vanguard was dissolved in her absence.

Very few people know of the hound's new affiliation with the Rose Syndicate. Three years before joining the Grand Alliance Vanguard, Falcko was an active hired sword. After being arrested by the guard in Stormwind she quit, vowing never to go back to it. Why become one now? Although times were rough her entrance into the Syndicate was forced. After her friend Belianiu Softpaw was attacked by the Steelmane Gang, Falcko sought vengeance. Word of this was brought to Bisrad Mason and he used this information against her. As well, two of her friends, who she refers to as allies, were threatened. In order to protect them and as well, to prevent others from being added to the list Falcko joined the Rose Syndicate. Needles to say, the Hound was not fond at all of her new leader and new allies.

Falcko was once an Advisor for Clan Varyn, though was removed after her cousin Naza Varyn invaded the Ironcloak Union and issued out threats.

The Ironcloak Vanguard is the army of the Ironcloak Union. It consists of three divisions: the Legionaries, Mancers, and Rangers. These divisions are overseen by Commanders.

Falcko was inspired by Aurion Dawntreader's teachings and created the Ironcloak Vanguard. With the help of her father, Torsten Duskbringer, and Doctor Thaid they established such an organization just in time to aid the Alliance in Draenor.

The Ironcloak Vanguard aims at providing aid to other Alliance forces in Draenor and as well as putting down threats to Alliance and Azeroth.

STRUCTURE OF THE ICV

Recently, Falcko stepped down as a Regent as the Iron Hills, though continues to serve the Kingdom as Marshal of the Ironcloak Vanguard. Lord Samuel Reggad Alberic and Falcko Arturia have butt heads in the past in terms of governance, however, the two have a comical friendship and have kept sancity in the Hills. 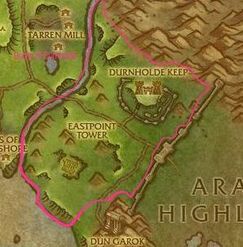 Falcko Arturia was given the duchy decree of Durnholde by Mathilan Lionblood and Veratos Lionblood. With the aid of houses from Alterac, Arathor, and Stormwind, Falcko oversaw the rebuilding of key buildings from Alterac Granite and remilitarized the land by making it a hub of the Ironcloak Vanguard.

After a misunderstanding, Falcko and Alonsus II agreed that, due the the strategic importance of the duchy and the growing hostility between families in Alterac and Arathi, Durnholde should become the center of enforcers of the peace that the Archbishop arbitrated to the people, effectively making it a neutral, church-affiliated buffer zone in the event of a civil war.

Falcko Arturia has disappeared. Without a word or trace the woman is gone. She has left behind the Duchy of Durnholde to Countess Ricktore Schroder and Tyler Steele. Without no one else to take up the position of Marshal, the Ironcloak Vanguard and Union has hence forth been disbanded.

Falcko’s disappearance was not quite what it had seemed. The warrior had gone over to the Broken Isles and found herself attacked and defeated in Suramar by Legion forces. By a twist and turn in events, Falcko would find herself shipped back to Stormwind in a coffin, only to later be discovered by Iron Council member, Silver Jadenwing.

With her help along with others, Falcko reformed the Ironcloak Vanguard. However, their funding was cut due to Falcko’s negligence. Ironcloak soldiers were being sent to the Broken Isles, though ultimately over half of their forces were killed. With funding ultimately cut, the Ironcloaks were unable to provide the families of fallen soldiers with their deceased.

It was then that Falcko turned to her old ally, Jack Wylder, a treasure hunter. Falcko was determined to restore the Ironcloaks and needed Wylder’s help. Jack suggested finding a mirror on the outskirts of Uldum. If, and only if, Falcko came back with this artifact would she be able to make a profit large enough to deploy her soldiers once more

The Ironcloaks found the tomb in Uldum where the supposed artifact lay hidden. While they did find such a mirror they found an additional artifact, The Blackwell.  The Blackwell has become a source of power for the Ironcloaks having both healing and magical properties. 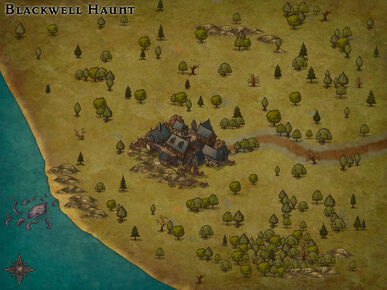 The Blackwell Haunt is a two fold guild in that it operates on one hand as a capitalistic mercenary guild and on the other a quasi-cult revolved around the esoteric magic powers of an artifact. The Order’s hub is within Hillsbrad. 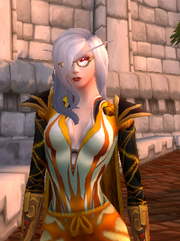 The Ironcloak Vanguard would be successful in defeating Falcko and Captain Racy Cobble was able to destroy a soulstone that belonged to Falcko. In a weakened state, Falcko existed in a new decrepit form. The Blackwell Haunt had taken its toll on the Hound both physically and mentally and was no longer the warrior she used to be.

She escaped to Kalimdor, building a mining company. Still her notorious temper remains. Falcko was able to pay off all her fines and dues and has been granted an official pardon from magistrates of Stormwind. While Falcko still has many enemies she is 'trying' to turn over a new leaf. Falcko Arturia is one of the most heavily taxed nobles and for good reason. While she is permitted to freely roam, she is under tight restrictions and could be thrown into the Stockades if such restrictions are not met. She still aligns herself with the Clergy, sponsoring them with gold donations. While she can no longer defend in the name of the clergy, Falcko does her best to offer her conjuring services to make up for the years of pain. 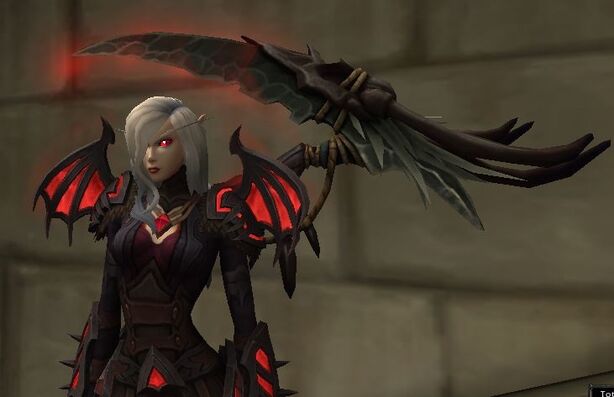