House Hillegas is a Lordaeronian noble house that rules over the Barony of Zollern in the Kingdom of Lordaeron. It was famous in it's home kingdom for breeding tall and strong warriors that were, usually, noble and good rulers. The House controls meager lands and provided an adequate tithe to it's former ruler, but now it is currently unlanded and attempting to reclaim the land they once held. Currently, it is headed by Burchard Hillegas.

House Hillegas was founded not long after the Kingdom of Lordaeron itself was created, though it was never able to prosper with flourishing borders. It's founder was Sigismund Hillegas, who was said to stand at seven feet tall, and was a just and fair ruler.

During the Fall of Lordaeron, House Hillegas was cut off from the main Lordaeronian forces, and was left to defend itself against the tide of Undead. Easily, they were overwhelmed and annhilated. Many members of the House stood their ground at the main port, along with Burchard Hillegas' father, and perished. Their sacrifice was not in vain, for the surviving members of House Hillegas were able to sail south, and escape to safety.

House Hillegas is in disrepair, with it's ancestral lands currently the goal of the House's members to reclaim. The House is headed by one of the last descendents of Sigismund, Burchard Hillegas.

Sigismund founded House Hillegas after being granted the Barony of Zollern inside of the Kingdom of Lordaeron ages ago. He was rather tall, known as a noble fighter, and was said to be a just ruler over his small domain.

Burchard Hillegas became the head of House Hillegas after his uncle passed away in solitude, sometime after the Fourth War. He is currently attempting to reclaim the Barony of Zollern, his ancestral homeland in the Kingdom of Lordaeron.

House Hillegas once ruled, and is fighting to reclaim, Zollern. It is a barony in the former Kingdom of Lordaeron.

There are loyal retainers that followed House Hillegas after the Fall of Lordaeron, but they are insignificant to the point of having no recognition. Being a small barony, Zollern has no real big vassal that shines over the rest, the multitude of families that follow House Hillegas being the vassals themselves, in a way. 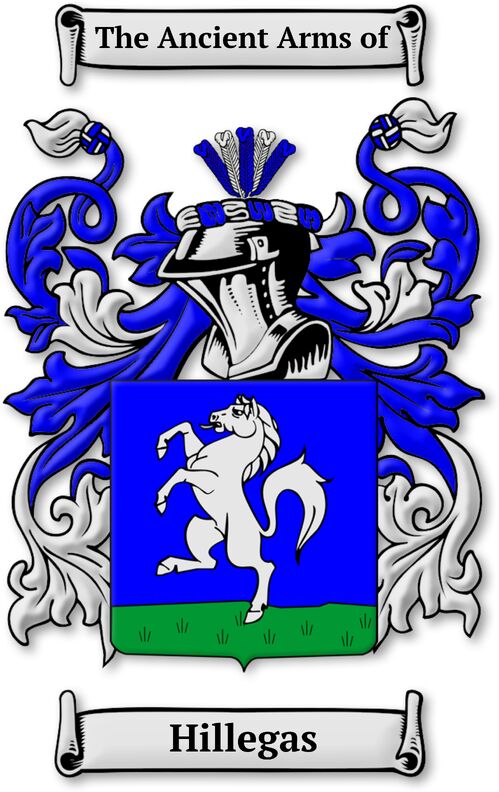 Description of Shield: A white horse in the center of a field of dark blue. The base of the shield is dark green with black borders. It is meant to symbolize the valiant "white knights" on a battlefield, underneath the daytime sky.

Motto: Yet Still We Remain

A painter's rendition of the current head of House Hillegas. (Art done by Tearcry08)

The Barony of Zollern, ancestral home of House Hillegas. (Created by Candalorian)
Community content is available under CC-BY-SA unless otherwise noted.
Advertisement