Kelgrok rose to power in the twilight days of the Gorian Empire. Through grit and endurance, the Empire had continued, but it was a fraction of its former glory, and cities such as Highmaul and Bladespire Hold now looked to their own interests, acting more like independent city-states than an actual Empire. As Imperator of the Bladespire Clan, Kelgrok was deeply troubled by the waning influence of Ogres across Draenor. The Imperator was determined to retain control of Frostfire Ridge. Yet rather than simple shoring up the Bladespire's defenses, Kelgrok sought to expand, and looked for new weapons to do so.

Since the fall of Goria, the Ogre population had been comparatively low. To make up for their lack of numbers, Kelgrok ordered cruel experiments conducted upon creatures to make new creatures whom they could use to fill their labor force. The most promising results came from the selective breeding between Ogres and enslaved Orcs. The children of these forced unions were called Mok'nathal, and they possessed the strength of ogres and the intelligence of orcs. The Bladespire kept the mok'nathal in chains, and bred them together to create even more servants. To maintain loyalty from the half-breeds, the ogres threatened to kill entire families if even one of their members rebelled.

When his forces were sufficient, Imperator Kelgrok unshackled many of the mok'nathal and placed them within his army. He ordered the to make war upon the Orcs, and eventually composed more than half of the Bladespire's army. The Bladespire forces rampaged across Frostfire ridge and seized vast tracts of resource-rich land from the local orc clans. In response, Chieftain Garad of the Frostwolf Clan called upon the two other orc clans of the region, the Thunderlord and Whiteclaw clans, to unite against this new threat.

The chieftain of the Thunderlord Clan, Fenris Wolfbrother, was Garad's estranged son and rejected the call for unity. Fenris and his Thunderlords would fight, but in their own way. Teams of Thunderlord Hunters would distract ogre forces by storming settlements in the dead of night, and slaughtering the young and old alike. Meanwhile, the Frostwolves and Whiteclaws united into a single army. With a formidable force under his command, Garad struck out against the Bladespire forces. Though they failed to win any decisive victories, they managed to capture a number of Mok'nathal, including their patriarch, Leoroxx. When Leoroxx was interrogated, Garad was surprised to learn of the mok'nathal's enslavement by the ogres. The Chieftain had always assumed that the half-breeds served the ogres willingly. From Leoroxx, Garad learned of the cruel treatment of the mok'nathal and the threat of execution that constantly hung over them. After much discussion, the Frostwolf and Mok'nathal leaders came to an agreement. They would help each other to destroy the Bladespire forever.

Leoroxx returned to Bladespire Hold an incited an open rebellion amidst the mok'nathal. The half-breeds set fire to the stronghold, and as the flames rose into the sky the united Frostwolf and Whiteclaw army smashed into the ogres' distracted flank. The battle of bladespire hold dragged on for a full day and a night before the orcs and mok'nathal drove the ogres from their city. In the heart of the burning stronghold, Leoroxx would corner the Bladespire imperator. Using the very chains that had confined Leoroxx for most of his life, the Mok'nathal chieftain strangled Kelgrok to death.

Kelgrok is not remembered fondly by ogres or orcs. Under his rule, Bladespire Hold lost all hope of becoming a ruling power on Draenor. The Bladespire Clan would never claim another Imperator, and for the remainder of the Gorian Empire's existence, the Bladespire were dependent upon Highmaul and the Highmaul Clan for leadership and supplies. Orcs and mok'nathal in particular remember Kelgrok as a vile tyrant who forced the orcs to bear children in the name of his armies, and much effort has been undertaken to erase the Imperator's name from memory. 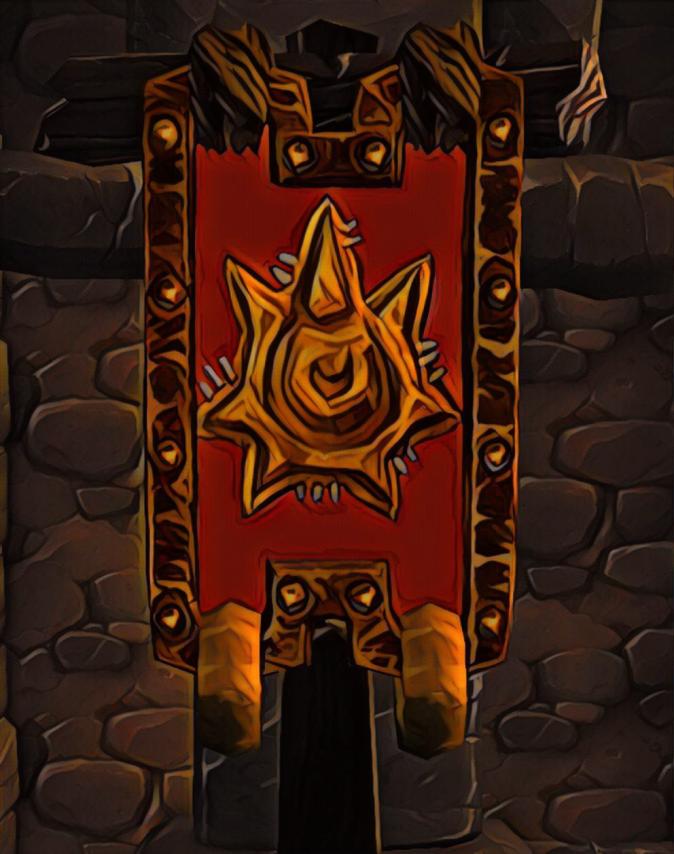