Jacob Shadelight was a Gilnean Human born and raised within the Kingdom of Gilneas, twin brother to Jakob Shadelight. Jacob served within the elite Knights of Dathrohan as a Knight-Lieutenant. He supposedly fellin battle at the Crimson Portcullis. His body was never recovered so his fate cannot be confirmed.

Jacob was born to an upper-class mining family within the north-east of the Kingdom of Gilneas. Much like his brother, Jakob, Jacob was trained in the arts of war from a very early age to be a tool of his father. While trained in the arts of stealth and subterfuge Jacob always preferred more of a brash straight-forward approach to things, proving to be he opposite side of the coin from his brother who, to this day, prefers the methods of stealth and assassination.

Much of Jacob's past is known purely by his brother. It is publicly known that, at some point, Jacob and Jakob were saved by Andric Raymore and pledged their lives to the knight, becoming members of the Army of the Truthful. While Jak would eventually go on to become Chief-Assassin, Jacob would work on the frontlines as a Knight-Lieutenant of the elite Knights of Dathrohan.

During his time as a Knight of Dathrohan Jacob would become almost infamous among the order for his cruelty, especially to those he faced upon the battlefield or had captured. Jacob's favorite act was to flay his victims alive before liberating his victim of their limbs, inch by inch. His favorite victims were Elves, especially female High Elves, of which he would take the ears of as trophies.

Jacob was one of the best front-line combatants that the Knights had, equaled only by the Commander himself, Andric Raymore, and Sir Gavin Roland and Sir Carver Reid.

The knight's skill in battle would see him placed upon the front-lines against the troops of Stormwind deployed against the Truthful during the Dragonblight Offensive, being charged with a command post at the vital bridge; the Crimson Portcullis. Unbeknownst to the other commanders on the bridge Jacob had bombs planted throughout it in case it was taken, that way they could be detonated and the bridge rendered unusable by their enemies. As Jacob was struck down by Alliance forces he triggered the bombs, though only a few of them detonated, destroying a quarter of the bridge and sending Jacob plummeting into the icy waters below as rubble rained upon him. It was presumed by Alliance and Truthful forces that Jacob died that day, though none are truly sure. 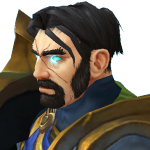 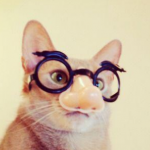 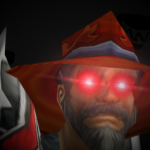