The Tournament of Ages is an annual competition at the Argent Tournament Grounds in Northrend. Representatives from the Grand Alliance and New Horde are invited to participate in a week-long festival celebrating the spirit of competition.

The legends of the heroes who arose from the Argent Tournament during the War of the Lich King are still recounted as a feat of unity against a common foe. Champions of the far corners of the world came together to fight, and bring honor to their people while defining themselves as the finest fighters Azeroth had to offer. Brought together by a great Paladin who brought the Lich King’s reign to an end, these champions are once again called upon and invited to honor the name of the old legend. To come together and test their mettle and might as they had so many times before to bring honor and glory to those they represent. This is the Tournament of Ages.

For one week, the greatest warriors, casters, healers, and those of great mettle and might come together to stake a name for themselves and the banners they fly. In a celebration of might minds, and magic, Azeroth’s finest shall be put each other to the test to come out on top as legends worthy of the Halls of Valor. And in this time of merriment, come together as one to showcase the distinct and unique cultures of Azeroth in one place for all to enjoy and share in a diverse line of pavilions. Now is your chance to step foot on one of the greatest stages this world has to offer.

Throughout the years the Tournament has been held, the following have been the most tenured and premiere features offered to would-be champions at the Tournament of Ages. These events take place throughout the week, and are scheduled during the evenings.

Considered by many to be the premier event of the Tournament of Ages, this bold and exciting sport is an essential competition for any adrenaline jockey. With a sturdy lance in hand, champions from the Alliance and Horde will seek to dismount their opponents in a whirlwind of furious charges. But brace yourself for fierce opposition, for only one will be awarded the grand prize in the end.

Hearthstone has taken the world by storm, and now players will have a chance to put their decks through the ultimate test. Face off against other card masters in the ultimate game of strategy. You may have what it takes to win, but only if you believe in the heart of the cards.

Do you think you have what it takes to lead your pets to victory? You're not alone. Bring your battle pets to the Tournament of Ages and prove that you're the best like no one ever was. Complimentary pet check-ups will be offered after the competition is over.

Equestrianism is considered to be a noble sport, one that requires sharp focus and total control over one's steed. In the Tournament of Ages, riders from all over the world will complete the racing circuit at breakneck speed in hopes of being the first to cross the finish line. If you're feeling fast and furious, dust off your spurs and sign up for the Racing Competition.

Sparring battles are one-on-one emote fights determined through a rock-paper-scissors style of combat system. Challenge other roleplayers in duel of fates where you have the chance to show off what your character is capable of with the power of words. With a little bit of luck on your side, you might end up taking home the grand prize.

Much like Sparring, Team Sparring will incorporate a rock-paper-scissors style of combat system. Team up with two friends to crush the opposing team. It will be up to you and your friends to outwit your opponents in this epic clash of fate.

Not everyone is cut out to be a gladiator. In the arena, one slight miscalculation could mean the end for you and your team. It will take more than unshakable courage to succeed in this unforgiving competition. It's going to take a team of three champions with strategy, faith, and indomitable willpower.

This PVP competition will be a series of one-on-one matches for DPS specializations of each individual class. Arena rules apply for spells and abilities. No potions, food, or other outside help may be used. This will be a double-elimination tournament.

The Tournament takes up the entirety of the Argent Tournament Grounds throughout the week. The coliseum and the surrounding structures were built during the War against the Lich King, and have been preserved ever since. There are four main jousting arenas around the grounds, the Alliance, Horde, and Argent Valiant's rings, and the Ring of Champions that takes up most of the southwest of the grounds.

Vendors and orders from all walks of life come to the Tournament to advertise their wares, and expand their brand on one of the largest annual stages Azeroth has to offer. There are a set amount of open booths around the Tournament Grounds, all of which can be registered for before the beginning of the Tournament.

For those who do not secure their own booth for the festivities, there are often wandering booths and carts that travel and pop up on the grounds from day-to-day. 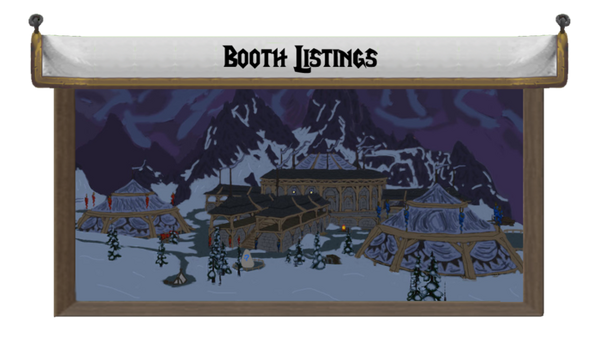 After a week of excitement, the majestic splendor of the Wonderlight Ball is the perfect note to end on. Dress up for a night of revelry as you and your friends celebrate with music, dancing, and unforgettable entertainment under a veil of starlight. The breathtaking Terrace of Order in the Storm Peaks will be catered to your pleasure. Missing a date? Find your companion for the night at the Alliance or Horde date auction! The Wonderlight Ball is also where the Costume Awards, Booth Awards, and Photo Awards will be announced. 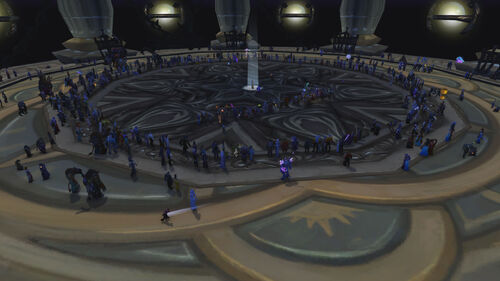 Past victors of notable contests. See the Champions page on our website to browse art, and artist names! 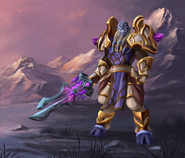 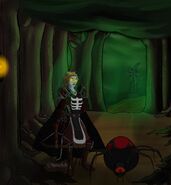 Champion Kialla, Champion of the Joust (2018)

The First Regiment observing a bout of jousting. (2014)