Vanalli Dawnsworn is a fallen Farstrider loyal to the Forsaken. She was operating as a saboteur for the forces of Deathknell during the Siege of Tirisfal, but is now relegated to the remnant forces attempting to reclaim ground in Alterac Valley.

Among the Farstriders, Vanalli met her tragic end while defending the Thalassian Pass, enacting a valiant sacrifices to allow her close sister, Serena, to escape. The surviving Dawnsworn made certain to recover her fallen sibling's remains, keeping them from the clutches of the Scourge. For a few, brief years following the Third War, Serena believed she had spared Vanalli an unfortunate fate.

Sylvanas was not too willing to let her faithful rangers sleep idly while she was left to endure her curse. Vanalli's cold, but peaceful repose was violently disturbed as the Ranger-General wrested her from the grasp of the grave.

Vanalli left the remnants of her identity in the earth whence she emerged. The shattered memories that she clung to brought nothing more than weakness and feeble sentiment. Every fragment of the her former life cast a bitter reflection, as if mortal existence had been a woeful affliction all along. She pitied the living who unknowingly carried their sickness; the warmth of crimson blood, boiling like acid as it courses through their veins. Even Dawnsworn's own legacy lingered as another object of chagrin. The elf was much obliged in letting her past burn.

Sylvanas instilled a cruel obsession into Vanalli, the risen Farstrider having little choice but accept her ill fate. From here, sordid purpose was given to the elven huntress as she answered the call of the Forsaken, joining her former sisters among the ranks of the Dark Rangers.

Vanalli is currently in control of a ruined Alterac town known as Norlaran after retreating from Tirisfal.

Holed up in the wintry vantage point the mage tower allots her, she hardly struggles to hold her ground against assailing forces, employing her peerless marksmanship to make easy prey of those who dare encroach on her territory. 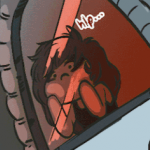